Ever wonder where the energizing effect of drinking Yerba Mate comes from?

Previously, we believed that Yerba Mate had an energizing compound similar to caffeine, but not the same; because it was called “mateine.” However, research from the National University of the Center of the Province of Buenos Aires (Unicen) concluded that mateíne does not exist. Instead, the energizing compound that Yerba Mate contains is caffeine.

So what? As with tea, coffee or chocolate, drinking Yerba Mate produce us a stimulating effect due to the caffeine it contains.

Although the caffeine concentration in Yerba Mate is lower than the one in coffee, the average ingested volume of Mate tends to far exceed the daily coffee intake. So, does the incorporation of caffeine through the intake of Yerba Mate exceed the one consumed by coffee? Well, apparently not.

The caffeine in Yerba Mate works differently. The stimulating effects of the Yerba can be less aggressive than those of coffee; which in some cases include nervousness and even tachycardia, This can lead to irritability & anxiety among other things. The caffeine found in Yerba Mate is usually more diluted than that of coffee and, thanks to this; it is better tolerated by our body. This could be also influenced by the fact that we drink Yerba Mate is not only well diluted in water, but ―generally― between several people too.

On the other hand, the diuresis caused by Yerba Mate quickly eliminates the catabolites of caffeine alkaloids. 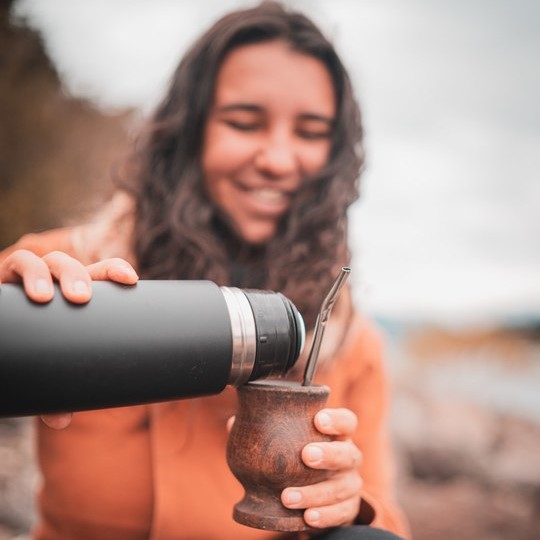 So how much caffeine does Yerba Mate have?

According to studies, a liter of Mate has 270 mg of caffeine (that is, 54 mg per cup), which is less than a cup of filtered coffee.

That being the case, how much Yerba Mate can I drink?

Many scientists revealed that all edible herbs (oregano, mint, parsley, Yerba Mate, etc.) can be consumed without taking into account a specific amount; since their intake helps stabilize the functions of the body. The amount of Mate you want or should consume per day will depend on: your tolerance to it, your diet or lifestyle. Many athletes consume it as a hydrating drink; reaching more than 2 liters per day, while usually taking 2 to 3 cups a day is the most common.

This being said, according to the INYM (Instituto Nacional del Yerba Mate), 98% of Argentine households consume Yerba Mate; and an average habitant ingests an amount of 3 liters per day without suffering secondary consequences.

Your body talks, so pay attention to it! As stated in the past, drinking Yerba Mate is undoubtedly healthy. So we hope that (if you haven’t done so yet), you will incorporate this wonderful habit into your daily routine. You can thank us later 😉. 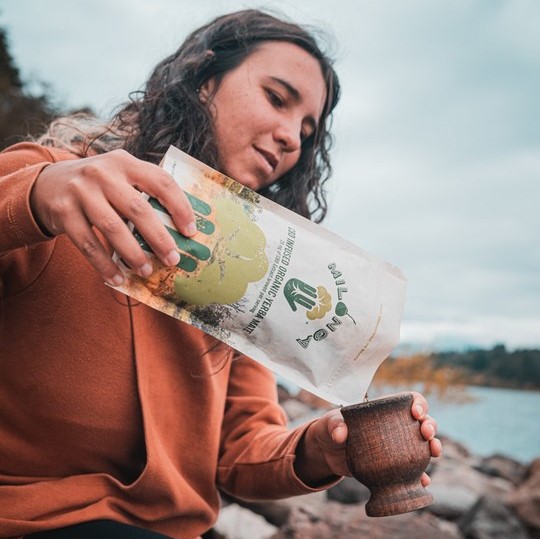 In order to provide you a personalized shopping experience, our site uses cookies. By continuing to use this site, you are agreeing to our cookie policy.
ACCEPT

Get 10% off your first purchase by joining our mailing list, and receive some of the best deals possible.